Winners Take it All at this years Animation Dingle Awards

Students and industry professionals competed across 15 categories with the added industry award – the now iconic Murakami Award – which is given each year to a new recipient.

Animation Dingle celebrated 10 years this year, and the programme this year was fresher than ever – introducing new elements from VR and gaming and examining the ever blurred lines between. Perhaps this is a category Animation Dingle will incorporate in future years’ awards?

Without further ado, here’s a complete list of winners: 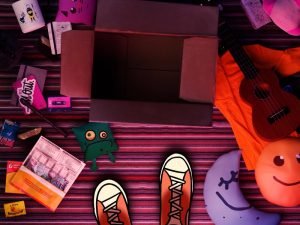 Best Irish Student sponsored by RTÉjr: This is Why Sean Roberts from IADT

This is Why also won Best Writer sponsored by Animation Ireland and National Talent Academy for Animation: 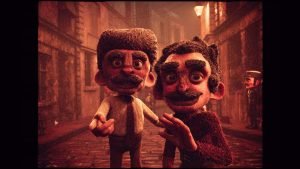 Sarah Muller BBC says:
“Deeply affecting, it is so memorable that this shocking historical event is brought to life in an effective and sympathetic way – bringing the tragic history of 1961 to a new audience”.

Best Stop Motion sponsored by Aardman Animations: An Ostrich Told Me the World is Fake and I Think I Believe It Lachlan Pendragon from Griffith Film School, Australia

Peter Lords says:
“This is done with immense flair and inventiveness. The voices are great and for me, tonally, it doesn’t put a foot wrong … Just clever and funny”

Louise Bucknole, Milkshake says:
“Fantastic! The narration and comedy of the piece is brilliant, with a really unique hand drawn style and design. As an observational comedy, it is really well constructed and the storytelling blends well with the animation. The core character comes across as larger than life and has some funny, yet darker moments to draw on the emotional engagement for the audience watching. This is an outstanding piece of work and I thoroughly enjoyed watching this!”

And finally:
Best Sting presented by JAM Media and Animation Dingle!
The Call Shay Commander from University of Dundee

Young Animator of the Year(YAOTY) sponsored by the Disney Channel.
Selected by Orion Ross from Disney: Planet Play Pause by Max Hendrickson from Mount Temple Comprehensive School
Judge Orion Ross, Disney says:
“Even without character animation, it tells a moving, magical, cosmic story and provokes a strong emotional response through its mood, music and beautiful combination of hand-made and electronic design. It starts small and really builds to something powerful.”